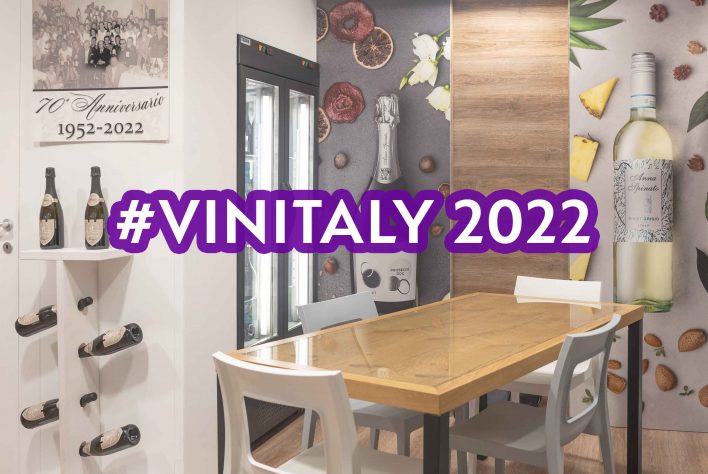 The Vinitaly one is a successful story shared and supported by Anna Spinato with her “historic” presence which has reached the 40-year milestone!
It is much more than a fair, it is an institution, a tradition, an essential opportunity to meet customers and friends from all over the world.

The 54th edition of Vinitaly was long awaited, not only because it was the first real opportunity to meet all the friends since the beginning of the pandemic, but also because this year coincides with a paramount anniversary for Anna Spinato Winery. It was exactly 70 years ago, in 1952, when Pietro Spinato decided to bring out the enormous winemaking potential of this territory characterized by the presence of the Piave river by starting the production of local wines that is still carried out today by Anna.

For this great anniversary, Anna and Roberto have decided to create an exclusive edition of a wine that looks at the winery’s past, tells the present and is future-oriented too.

From the very beginning of the foundation of his company, Pietro Spinato produced Verduzzo Trevigiano in the still version. Verduzzo trevigiano is a local grape from the Treviso province and the river Piave area which, with its stones and light soils, enhances its freshness and marked fruity notes. Anna and Roberto’s choice meant to propose a wine linked to the territory and the history of the winery, in an innovative version that confirms the company’s great vocation towards sparkling wines.

Verduzzo spumante 70th Anniversary Exclusive Edition is a fresh and elegant wine, with fine bubbles and surprising aromas of fruit and spices, such as licorice and cinnamon, thanks to its long fermentation lasting 5 months. And then the packaging, a refined dark glass bottle with a label hiding a surprise. Opening the elegant front shield, you can find the historic image that once crowned the labels of Spinato’s wine bottles. A special choice for this special anniversary. 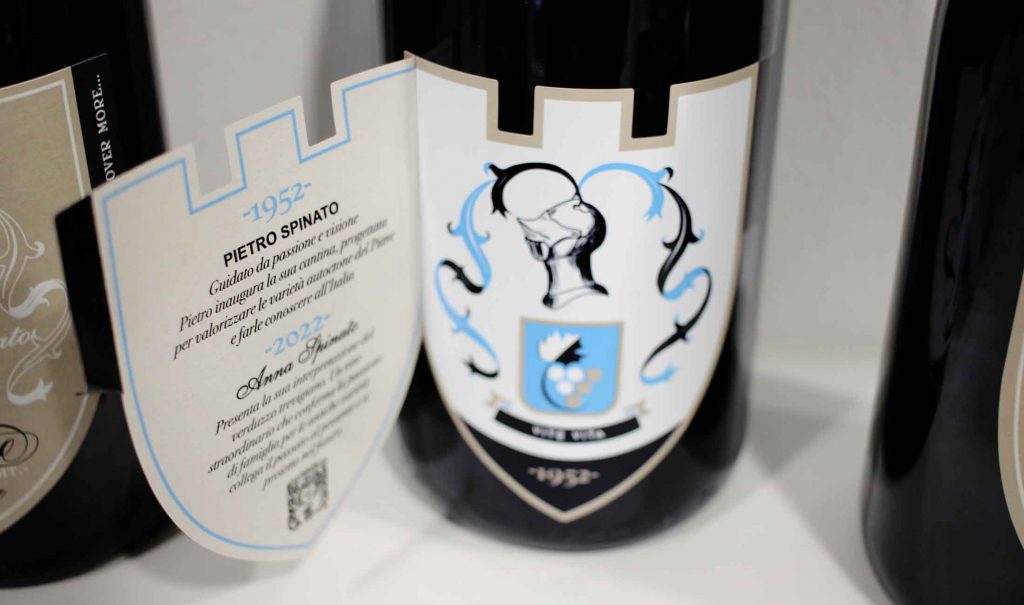 But Vinitaly 2022 was also the moment to present the very latest novelty by Anna Spinato. After the success of Gocce di Luna and the increasing interest of consumers in alcohol-free beverages, “Zero” was born, the non-alcoholic sparkling drink based on Glera grapes.

It is presented in the diamond bottle with a green-blue foil label that magically changes colour according to the movements of light and which tells how Zero is the starting point from which everything else springs, the origin.

A bright drink both inside and outside, ready to light up the toasts of consumers around the world! 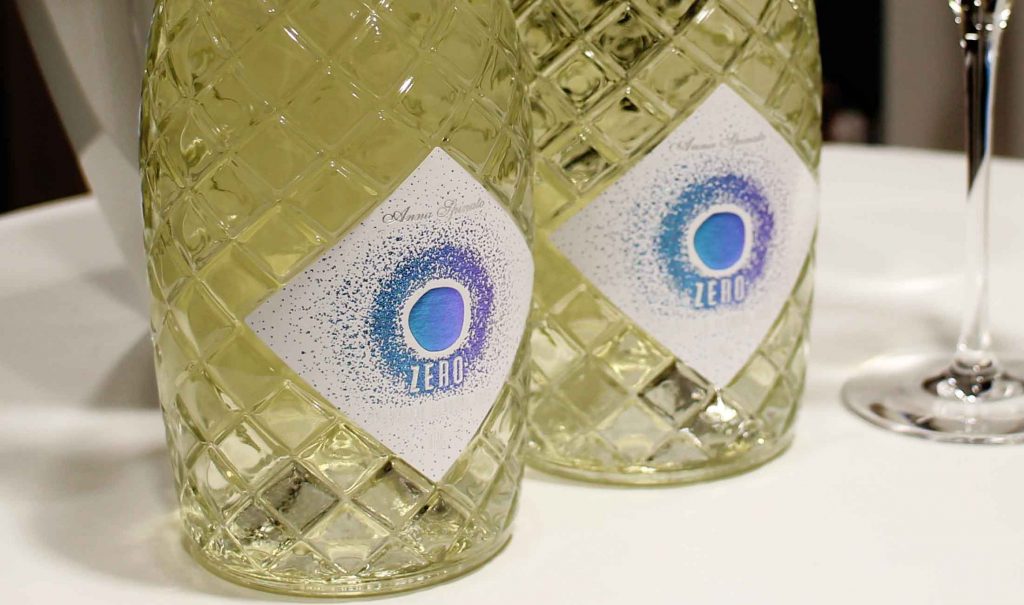 8 October 2021
Manage Cookie Consent
To provide the best experiences, we use technologies like cookies to store and/or access device information. Consenting to these technologies will allow us to process data such as browsing behavior or unique IDs on this site. Not consenting or withdrawing consent, may adversely affect certain features and functions.
Manage options Manage services Manage vendors Read more about these purposes
View preferences
{title} {title} {title}